Get fresh music recommendations delivered to your inbox every Friday.
We've updated our Terms of Use. You can review the changes here.

by Ambient Temple of Imagination 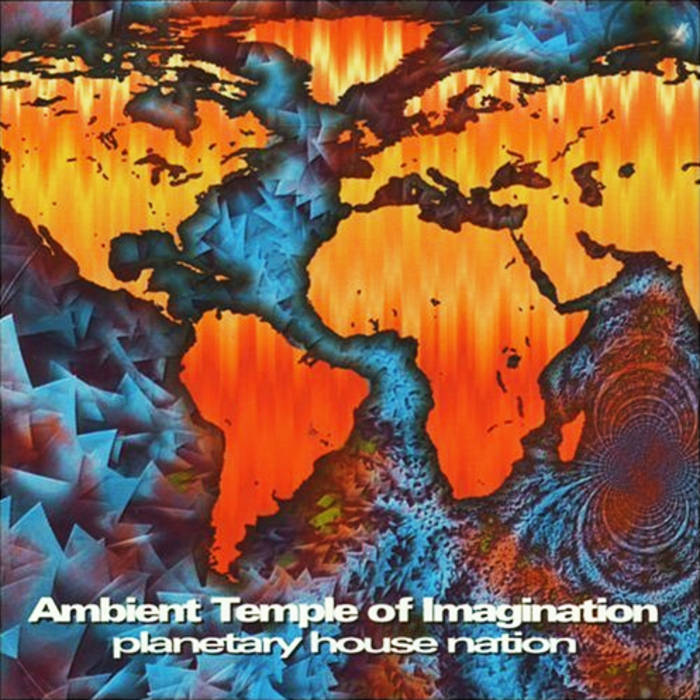 It’s 3am and temple services are beginning. A mass of 3000 seething Fleshbodies have been screaming, sweating, and savoring the moments shared in the rarity of an actual warehouse event that is legally(?!?) happening in the Bay Area, and the 5 year anniversary of the Gathering marks an evolutionary turning point in the scene and in the seen. Many of the lessons learned, the issues dealt with, the MEDIA’S frenzied COMMERCIALIZATION ov thee underground, the business of putting on large events pushed many fractals of this energy now worldwide in the orient, India China Brazil, PLA NET AIRY HOUSE NATION no longer limited to English speaking rave-n-roll but translated to intergalactic UNIVERSAL HEARTBEAT, a KAOS cosmos trancing hardcore every Saturnday night, people dancing untill they DROP delirious into the AMBIENT TEMPLES and there receive the somatic deprogramming from their minds of all the stress and fear of the world of real sirius FREAKS (religious zealots who CAN’T STAND dancing, spies, priests, politicians, CBN, CNN). So, it was our goal 5 years ago to facilitate thee process of an alternative to the dancefloor, a primaltherapymindmeld where those who had the need and desire to could go and chill and get more indulgence of their senses in a horizontal position, eyes closed, totally relaxed, deep breathing, meditating centering listening feeling communicating with others telepathically words not nessesary, smiles expressing gladness to have this experince, divine orgia pagan love feasts, our place run by ‘U+I’, not a corporate-owned and -operated spectacle or a sports contest battle of the bands or a 21+up alchohol-based nightclubdisco, but all ages all nite psychodelic fun TAZ TRIP ZONE. LIKE what you wanted to have but couldn’t and now there it is, for we have to have some way to release the madness stuffed inside our souls RAVING TO SAVE or DESTROY the PLANET? OR? Yes it did ELECTRONIC CIRCUS rock harder than anything this world ever saw, U and the memor e encoded in the bowels of the bod e is now reactivated. Humanity is MOVING ENERGY so intense it shakes the BUTTOCKS and ALL the parasites off the earth and into the sun, vacuumed into fuel to blow up all the caca into dustparticles that SAI BABA will use to fertilize the altars. And these altars are growing crazy silly wilde gardens around them and the TEMPLES have NO WALLS for they aren’t able to contain humanity’s soul anymore, GODS AND GODDESSES that were once human and fantasized that they were unhappy have PURGED themselves ov thee obstructing manure of identity and now live life with RED FIRE LUST BURNING up all social psychosis. Flash back & get cozy fellow travelers … “We saved a space for YOU!”

Bandcamp Daily  your guide to the world of Bandcamp